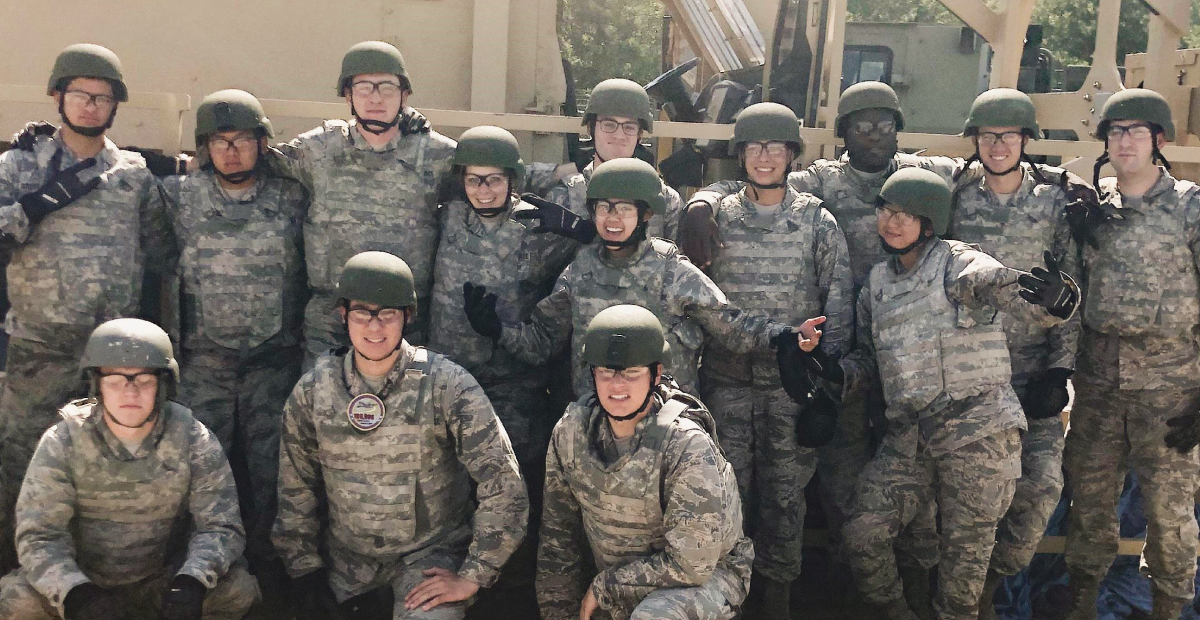 Thuytien “Twee” Pham, second year medical student at the California Health Sciences University College of Osteopathic Medicine, has served in the U.S. Air Force for 4 years of active duty, serving as a Cadet achieving the rank of Second Lieutenant Officer (O-1) while progressing through the Air Force Academy based in Colorado. Attending any of the Service Academies is considered an active duty assignment.

Initially, Pham didn’t think that she would ever want to join the military until she participated in the West Point and Air Force Academy’s Summer Seminar, a two week immersion program that gives high school juniors and seniors a glimpse into the military life.

“I was surprised to find myself falling in love with the camaraderie, mental tests and physical challenges that pushed me and my classmates further than ever before,” said Pham. “With an existing passion for flight and a private pilot’s license in hand, I realized that the Air Force Academy was the perfect fit for me and my newfound aspirations to serve in the military.”

Pham was chosen to join the Cadet Wing in 2017. Cadets at the U.S. Air Force Academy face a rigorous schedule of academics, athletics, military training, high expectations, and strict rules of conduct. She has had to overcome the fears that came with solo free-falling out of a airplane five times, living as a prisoner of war (POW) in the woods for a week, jumping into a pool off a 10 meter platform, swimming while garbed in full Airman Battle Uniform – ABUs (which have been retired as of October and are now Operational Camouflage Uniforms – OCPs), and what she notes as the most difficult of them all, passing organic chemistry.

Pham has graduated from the Air Force Academy. In order to pursue her Doctor of Osteopathic Medicine degree, Pham was placed in the reserves on the Health Professions Scholarship Program (HPSP) and will serve an additional service obligation after graduating from CHSU-COM.